Reverend Jean de Dieu Nzeyimana joined the Church as an adult, and has since longed for a deeper understanding of the Word of God. Although he had prior degrees in Mathematics and in criminology, he attended Daystar University in Nairobi, Kenya, where, in 2001, he graduated with degrees in both Biblical and Religious Studies, and in Community Development. At Western Seminary, Jean earned an M.A. in Christian Education in 2003. The family then moved to Louisville, Kentucky, where Jean de Dieu attended Southern Baptist Theological Seminary, graduating with a M.Div. in 2007.

While attending the Southern Baptist Theological Seminary, Jean learned about the migrant community from East and Central Africa, and begun serving them through translating, interpreting, and generally helping them meet their physical and spiritual needs. Pauline was already involved in helping widows and orphans in Rwanda, organizing conference and seminars for women in leadership in Rwanda. In 2007, Gate of hope Ministries International received its non profit organization status and was focusing on meeting the physical needs. As days went by, the family was convinced that God wants them to meet the spiritual needs of those people they were already serving. Jean de Dieu began his pastoral work by serving in the evangelization department at the Evangelical Church Winning All (ECWA) Louisville, and then as an associate pastor at ECWA. In 2009, ECWA leaders supported the family in starting the Second Evangelical Church Winning All. 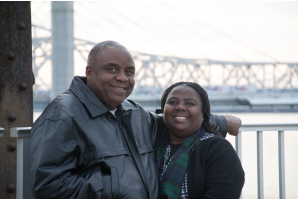 Partner with Gate of Hope